Book Review, The Technology of Orgasm, by Rachel Maines 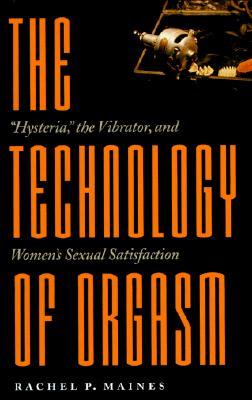 I loved this book, I gave it 5 stars. I recommended it to friends. I have had the Kindle edition on my wish list forever hoping that it would appear on sale.

As I mentioned I was more driven by titillation than historical or technical accuracy, so I did not read this with a critical eye. I am a layman who has an interest in sex like some people have an interest in model trains. I didn’t fact check the book. Good grief, why should I, it is published by John Hopkins University Press. I just enjoyed the book and patted myself on the back for having a superior knowledge of sex, the female anatomy, and how to bring it to orgasm thus sparing my wife the horrors of hysteria--a medical condition no longer recognized. I swallowed the information presented in the book, as they say, hook, line, and sinker.

Well apparently I was not the only person who didn’t read it with a critical eye. With few minor exceptions no one seemed to question the content of this book and it became instilled in the popular culture as fact.

Well today, I ran into an article published several years ago that disputes most of the content of this book, in fact it shreds it almost line for line: “A Failure of Academic Quality Control: The Technology of Orgasm” by Hallie Lieberman Eric Schatzberg both of the Georgia Institute of Technology was published in The Journal of Positive Sexuality. You can read a PDF of the article at:

It is 20 pages of text and 4 pages of references. So I read the entire article, again not fact checking any references. I am layman, not an academic, fact checking is beyond my paygrade. I read it in disbelief. Surely they are making a mountain of a molehill. OK, maybe Maines got a little sloppy with some of her research. Surely the whole book couldn’t be questioned.

Liberman and Schatzberg even addressed folks of my particular ilk:

Yet the book’s appeal isn’t just sexual. Maines’ story fits narratives of progress in sexual knowledge, allowing readers to see themselves as worldly sophisticates in contrast to the clueless, desexualized Victorians. Physicians look particularly ignorant in this account, having no clue what the clitoris was, let alone an orgasm. Maines also portrays women as victims of profit-hungry physicians. Such victim narratives were a staple of feminists critiques of medical care in the 1970s (e.g., Frankfort, 1972). Women have no real agency in Maines’ account, as the historical actors are all male physicians, and women’s voices are completely absent. However, readers can still view the female patients as heroes who subvert patriarchy by procuring orgasms under the guise of medical treatment. The story is thus paradoxical—women are victims, but the tools used to victimize them bring them orgasms, a delicious irony.

Emphasis mine. Yes, that is me, a worldly sophisticate! How dare these eggheads smear one of my favorite books.

So when I finished the article I tried to Google a refutation by Maines. I didn’t do an extensive search just a quickie. I found this article in The Atlantic:

In this article Maines offers up this reply:

In an interview, Maines said that she has heard variations of the paper’s criticism before—and that her argument in The Technology of Orgasm was really only a “hypothesis,” anyway. “I never claimed to have evidence that this was really the case,” she said. “What I said was that this was an interesting hypothesis, and as [Lieberman] points out—correctly, I think—people fell all over it. It was ripe to be turned into mythology somehow. I didn’t intend it that way, but boy, people sure took it, ran with it.”

Maines added that she was a little surprised it took so long for other scholars to question her argument, given how admittedly “slender” the evidence she gave in The Technology of Orgasm was.  “I thought people were going to attack it right away. But it’s taken 20 years for people to even—people didn’t want to question it. They liked it so much they didn’t want to attack it.”

Emphasis mine. Ha! Ha! Ha! Worldly sophisticate? Sextant you dipshit, you “fell all over it.” Not only did I “run with it” but it took me 20 years to find out that it is just an “interesting hypothesis.”

Well fine Ms Maines. A factual book on The Technology of Orgasm will earn you 5 stars. But a poorly researched “interesting hypothesis?”  Two stars (only because I liked the illustrations) not that I imagine you give a damn what a yahoo like me would think anyhow.

Oh, and I removed it from my Kindle wish list. I see no need to refer to it any longer. 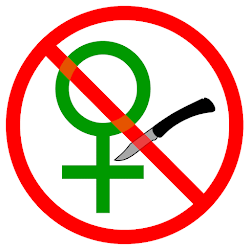